Be persistent and you will see the results in the end.

1. When did you begin creating art? Why?

I have always been interested in creating things, as long as I can remember. I started out just scribbling whatever I could get my hands on when I was a really small kid, but I think my biggest influence was always my grandmother who got me into drawing and painting and introduced me to a lot of different techniques. 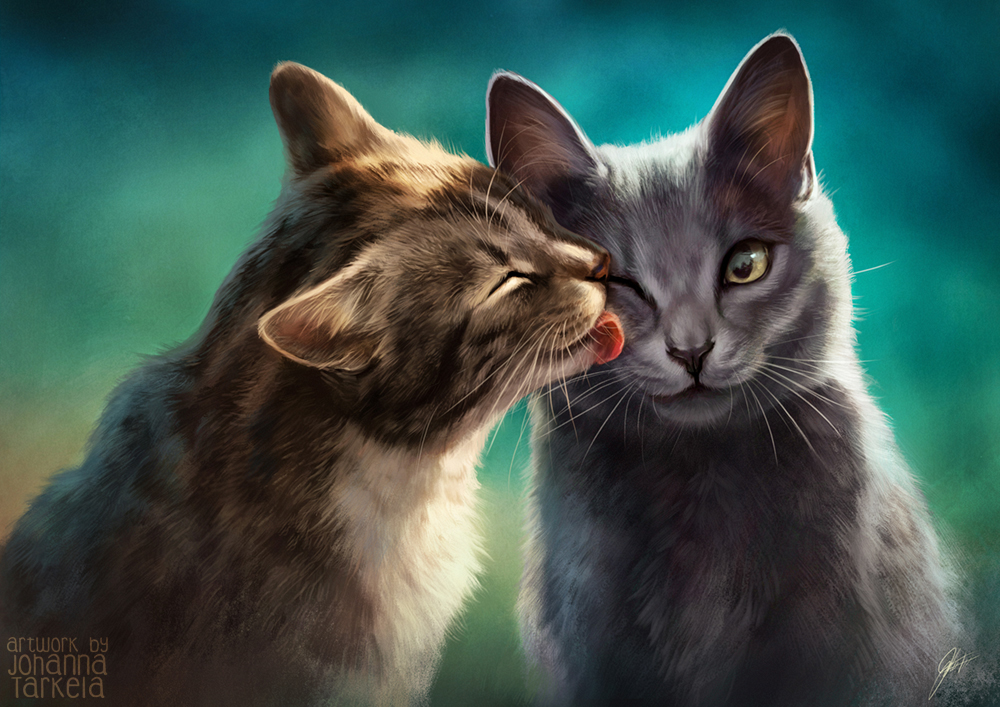 Animals and nature have always been my favorite subjects, most likely due to where I grew up - in a country and area where nature was always close to me.

2. Who or where do you find inspirations?

I find a lot of inspiration by just looking around when I`m on a walk, travelling, looking at other people`s artwork and photos around the world. I always save images, subjects or colors that catch my attention. Something that also helps me to find the feeling to create images is listening to music - if the music is right and goes with the image, it`ll definitely help with the flow!

4. Your artwork is quite mixed with different types of content. Can you tell us a little about your style?

For quite some time I struggled to define my style. I thought I had too many different styles, and nothing really coherent. But I`ve realized that no matter what you do, your personal touch shows through everything, and I can see this in other people`s work as well. My teacher at university told me to let the image define the style, and that`s how I`m trying to approach it nowadays.

Sometimes a more simplistic style works, and sometimes a full rendered painting style goes better with what I`m trying to create. There are still things I`m definitely not good at, for example really simplistic and extremely tony stuff; I guess I enjoy details and realism/semi-realism too much after all!

5. What mistakes have taught you the most when it comes to developing your style?

Doubting myself, wondering if I should kept working on an image since it doesn`t look like what I usually do etc., and thinking style is something I should just change for the sake of it and abandon my "old" style. It`s something that evolves on its own when you keep learning.

Also sometimes it`s great to get influenced and inspired by other peoples, learn from them and experiment in their style, but in the end it`s better to learn to stylize yourself by studying what you want to draw and know what things are based on. Like Picasso once said; "Learn the rules like a pro so you can break them like an artist."

6.Can you give us a little insight as to what goes on in your mind when you create your artworks?

When I have an idea, I try to make a really quick thumbnail, often in black and white that distinguish the values. Sometimes the idea just pops in my head and is ready like that, sometimes it needs a lot of developing to make it work. Sometimes I just feel like I want to draw certain subjects and try to come up with something around it.

I try to imagine the whole image in my head in color and start building it from there, layer by layer, each one a bit more refined than the previous one. It`s good to have a goal in my mind rather than just start drawing aimlessly, even if the end result was still different to the initial plan.
For some people this might work but to me it`s easier to try form the finished painting in my head and then trying to transfer it on the canvas. Sometimes the music I`m listening might influence the drawing I`m working on as well. When I feel really inspired I just get lost in the drawing process and almost think I`m in the scene myself.
I think I can speak for a lot of artist when I say that I can`t avoid making the same faces that the character is doing!

7. Which of your pieces are you most fond of and why?

My favorites are probably these ones:

Caribbean Blue; this is a remake of an older image of mine and it has a lot of sentimental value to me, as it`s what I imagined listening to one of my favorite songs that was really important to me at the time. It was also great looking back at the older drawing and see how far I`ve come! 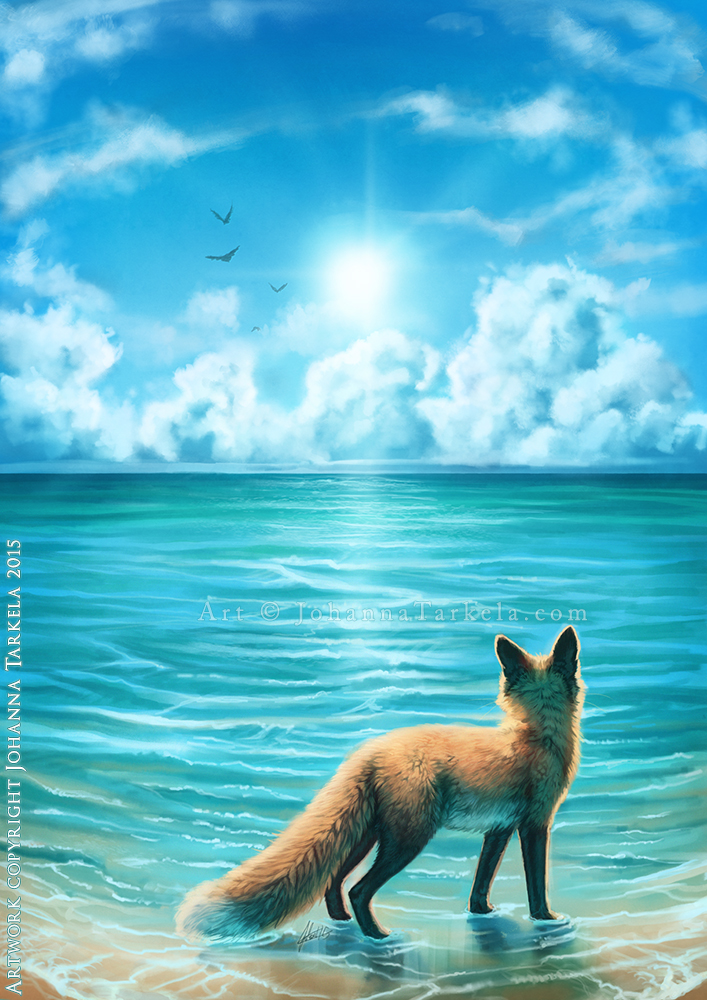 The Fox Fire; this is definitely one of my most well-known drawings. I like it because I feel it`s kind of timeless, normally I feel that once I improve the older images seem to look... not as good to me anymore, especially when I was younger. But this one I still like, and I`ve always enjoyed mythology and being inspired by it. Dawn of the Hunter; I really loved working on the bright, red colors on this. I don`t normally use colors like this so it was an experiment and I still really like the result! IÂ´m also really found of what African Wild Dogs look like and this is one of the only drawings I`ve made of them. 7. What kind of tips would you suggest for the beginning artist?

Don`t give up! Learning to draw is not something that happens instantly, and sometimes you might not even think you`ve improved. Study, observe and just keep drawing. Sometimes you look back and realize you`ve come further than you thought and it`s a really rewarding thing to notice. Don`t be afraid to experiment and don`t limit yourself, and it`s alright if you don`t feel inspired to draw every single day - try creating something else then, for example sculpting something. Same applies if you feel you`ve stuck with a drawing, just leave it for a while and get back to it later.

But be persistent and you`ll see the results in the end! I`ve noticed that it helps a lot just going back to the basics sometimes, if you feel that you`re stuck with an image just have a day where you go back to studying and read an article/book about how light/shadow works.

Today we are learning and ...